COPYRING. The subject reads the text into itself. Starting and ending points are subjective, more and more approximate mental copies are produced by rotation. WITH ITSELF. Self-reflection. A. An indefinite article. BEING A COPY. The record acts as the carrier medium for a copy. Sound waves are copied into it, transformed into a tactile trace. WITH ITSELF. Togetherness. COPY. The copy, or also transcript, is often a replica of art objects. Related to the copy is the forgery, the duplicate. Dub music. The remix. COPYRING. The record as a storage medium with circular writing and reading direction is characterized by the fact that the path is basically predetermined; there is no shortcut or branch in the groove. BEING A COPY. Sound-filled time is written into the record. Time can’t be copied. ITSELF. It is a self. BEING A COPY. Experience cannot be copied. A COPY. Most products of cultural production are approximate copies. WITH ITSELF. A copy requires that the source object already exists. ITSELF BEING A COPY. The record is played back in a loop. BEING. Common existence. CONFRONTED. A situation with an opposite. BEING A COPY. The sound waves originate from another record and announce the end of the recording. It is not the sound waves, not the actual object that is being copied. CONFRONTED WITH ITSELF. Facing themselves. Appear as a Double or encounter a Double. BEING A COPY. Completely similar existence of different things. BEING. . ITSELF BEING A COPY. The unique specimen is lonely. Is it a mistake? The copies are common. BEING. Existing in time. Sound as ephemeral sound only exists and can be perceived in time. A COPY CONFRONTED WITH. The copies of the sample contain background noise and interference. These can be more relevant than the alleged object. COPYRING. 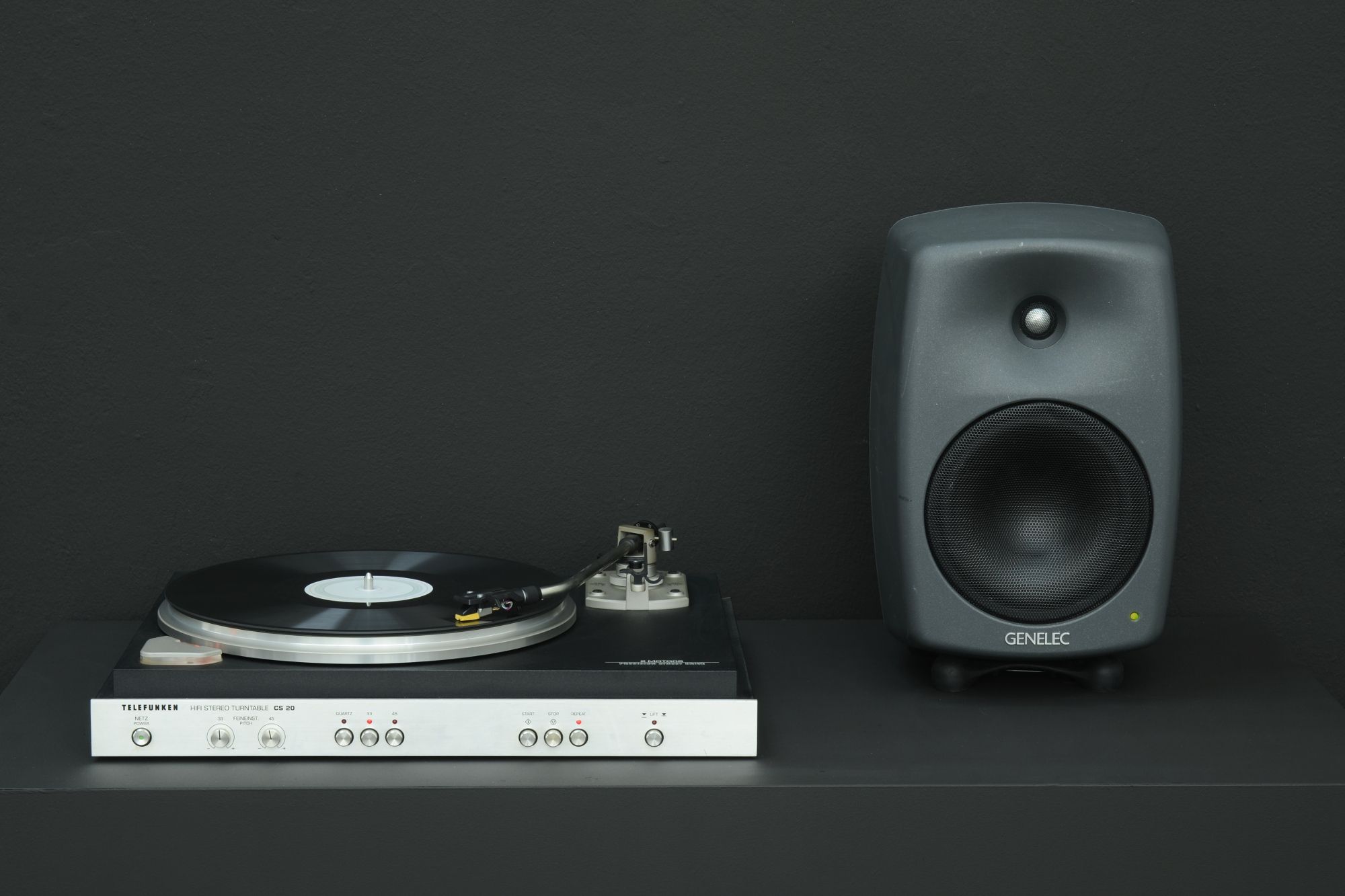 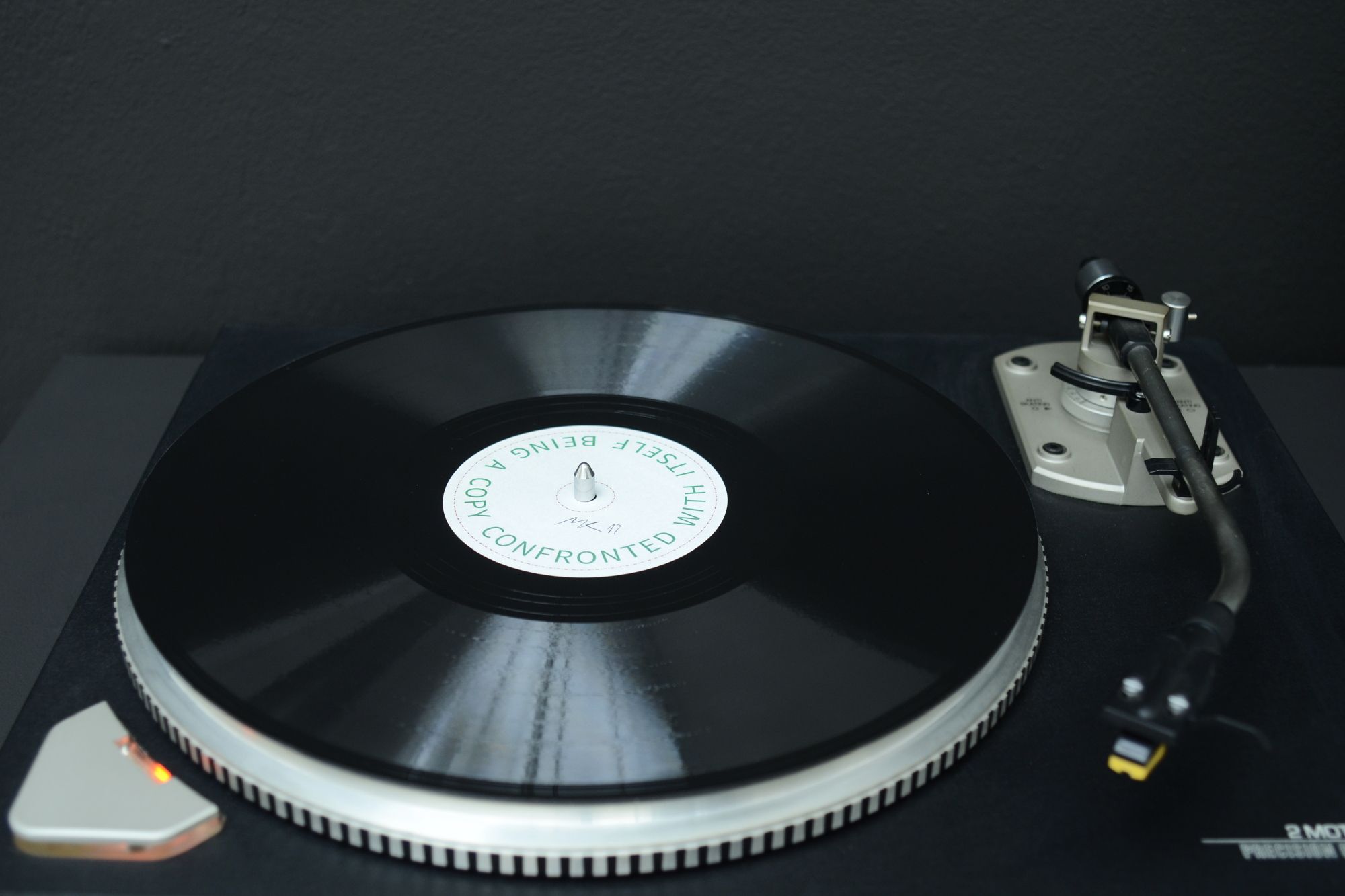