This project is dedicated to the research of future actions for the conservation and promotion of biodiversity. The grasslands for insects on display were made possible by machine learning models.

The installation »Grasslands for Insects« consists of three computer-generated images, which are placed in wooden light boxes lying on the ground. They are illuminated by solar energy. For this purpose, the boxes are connected to solar panels, which transmit the solar radiation directly, i.e. without storage in batteries, to the illumination of the grasslands. The images are taken from the book »Grasslands for Insects« published by windparkbooks, which includes computer-generated images as well as generated texts about grasslands for insects. While these were generated using an unmodified language model (GTP Neo), the images were created using a custom model. Based on a pre-trained StyleGAN 3, photographs of grasslands from Frankfurt were used as a dataset to adapt the model by means of fine-tuning to the generation of artificial grasslands.

This work was supported by ERLKÖNIG, Bremen. 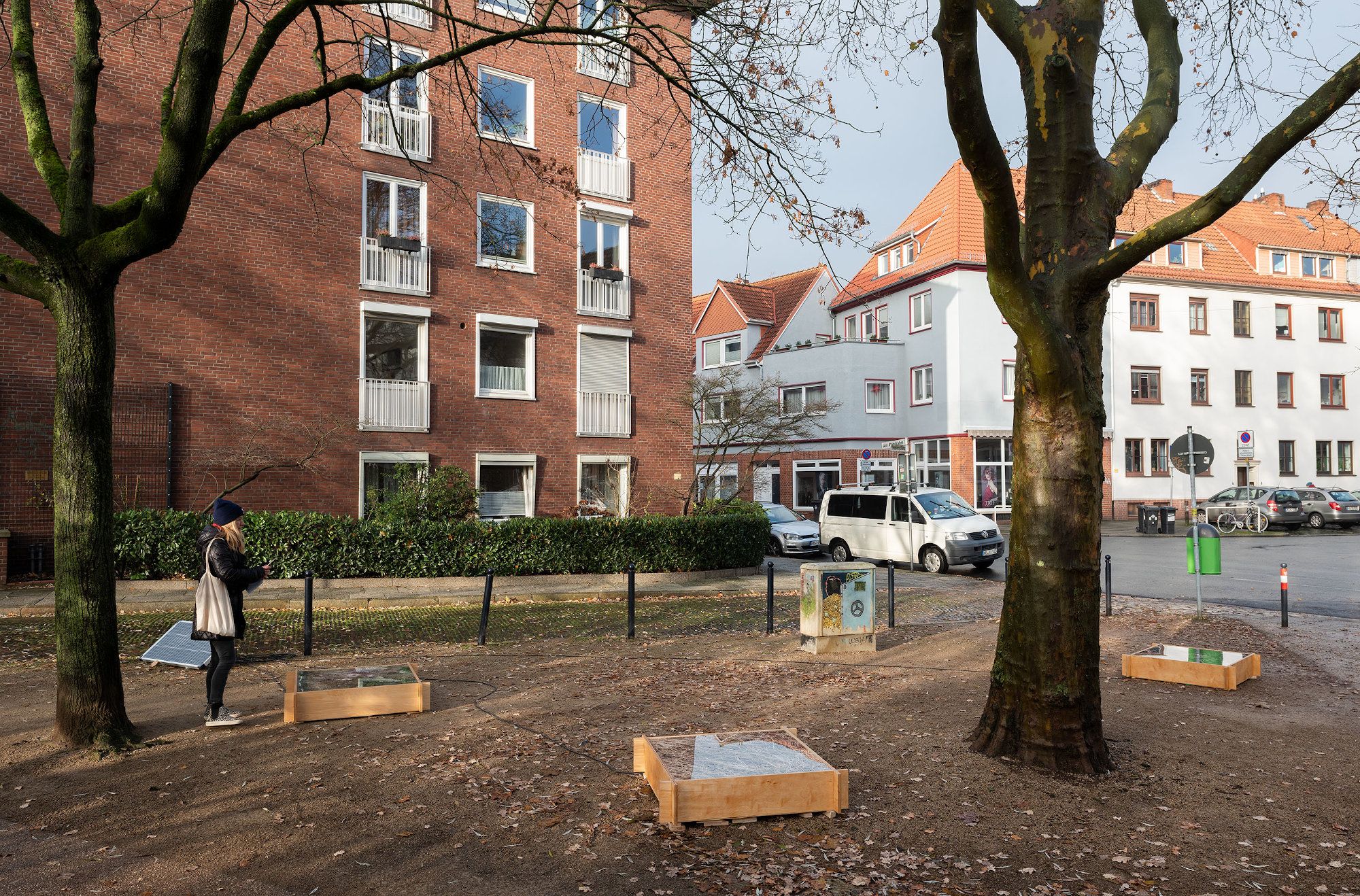 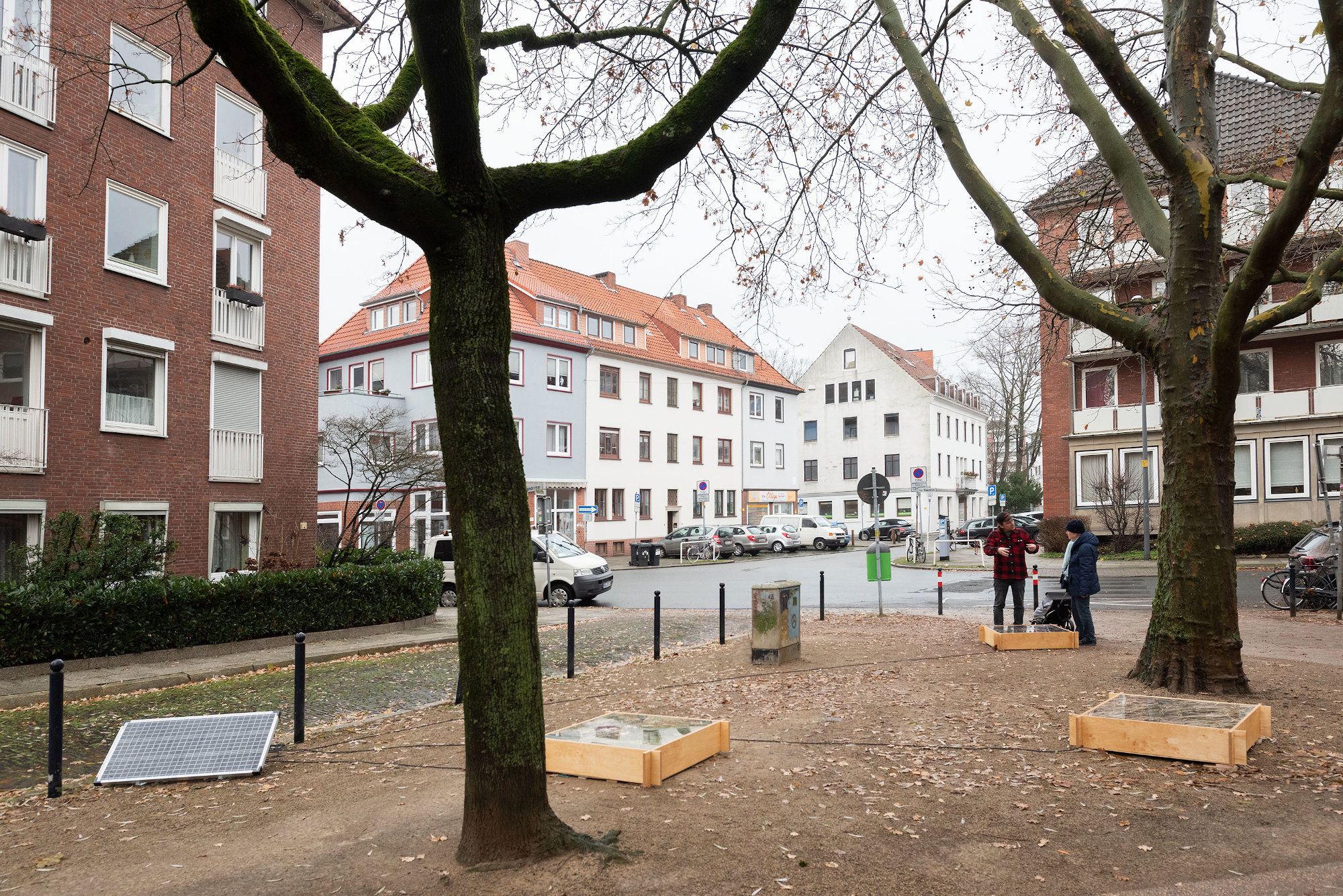 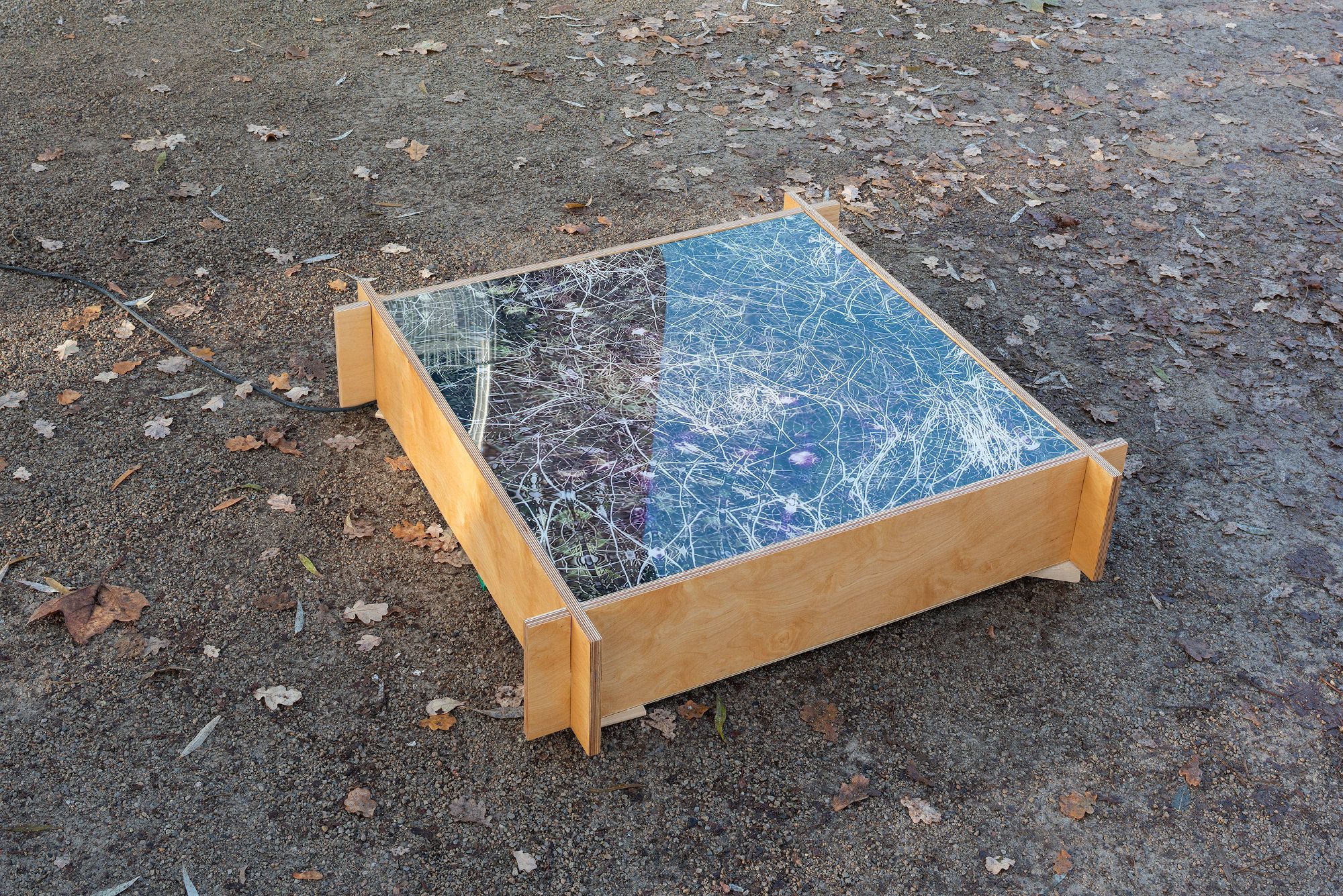 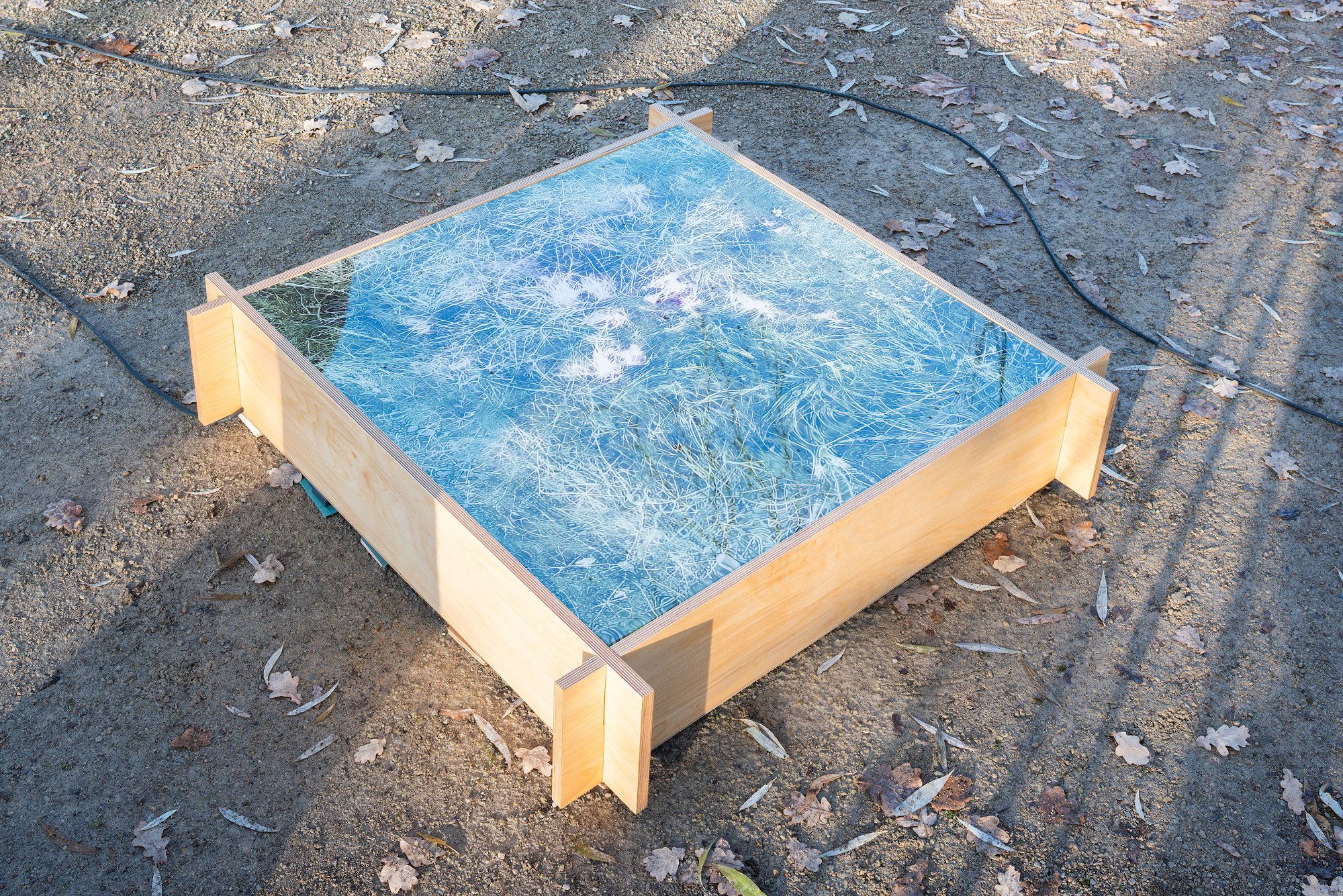 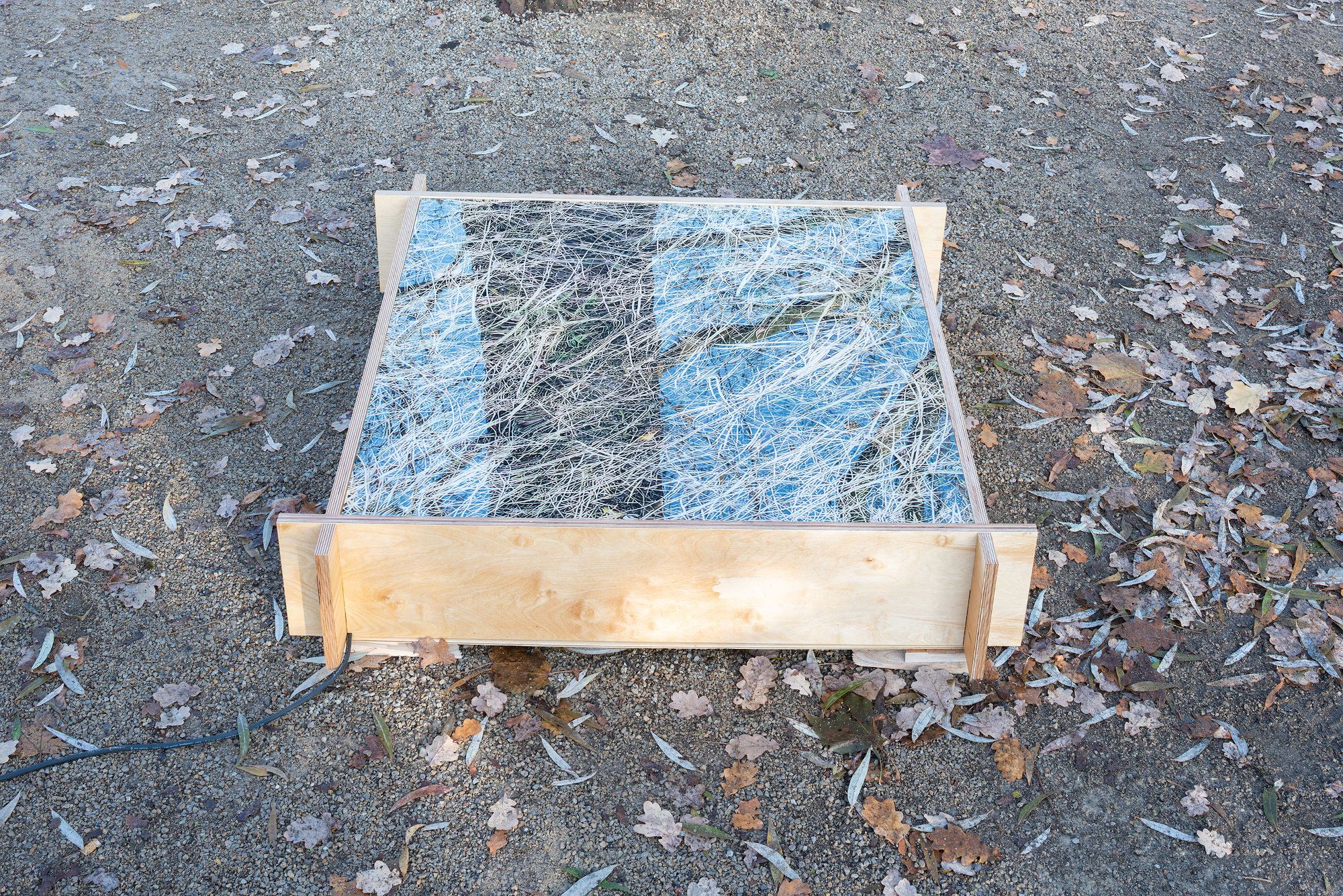 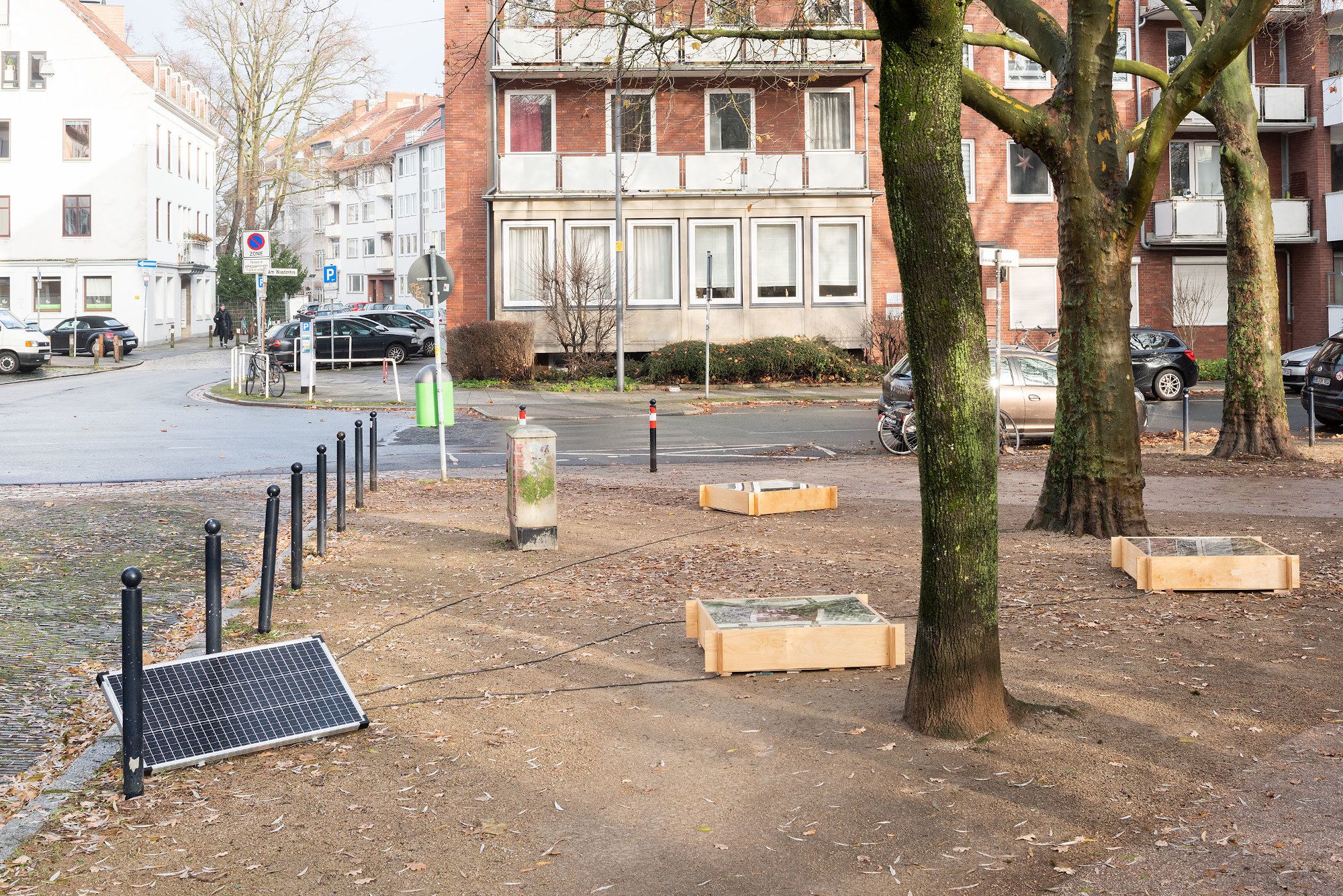